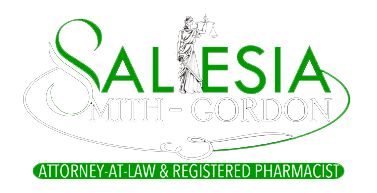 Don’t Get Bamboozled by False Promises: The Signed Release

Keeping one’s word & fairness is a daily challenge with insurance companies. We enter into agreements daily, most verbal and, to a large degree, legally inconsequential. However, when you sign a contract, BOTH parties must adhere to the terms. Generally, people do not read long contracts like insurance policies. We rely upon what is verbally explained by the agent. We sign the contract. Make timely payments so that we can legally drive our car on the road or go to the doctor and build a building in reliance on the services for which payments are being made.

Marilynn, an active senior citizen, was t-boned by a vehicle and transported by ambulance to the hospital. Upon returning home, several voice messages from her insurance company were waiting for her regarding her car, which was a total loss —documents showing over $8,000 damage, not her person. The message told her to contact the other person’s insurance company, insured with Progressive, for payment of her vehicle.  As per her company’s instructions, she contacted Progressive. An appointment was made for her to come in for the check. What she did not expect was the pressure from Progressive to accept the check for $3,500.

To sweeten the deal, Progressive also promised to pay all of her medical bills (which exceeded $55,000) as long as she agreed to sign a document called a Release. Feeling undue pressure, Marilynn, distraught and confused, signed the Release. She contacted Attorney Salesia Smith-Gordon for assistance. Though she had signed the Release, she had not signed or deposited the check. She did not understand that the Release was not only for the vehicle but also for her entire case. She had been bamboozled.

Marilynn carried Uninsured/Underinsured Motorist (UM) coverage on her State Farm policy as protection against any incident in which the at-fault driver carried no liability coverage or did not have enough coverage. The at-fault party carried $25,000 per person, which was not enough for the injuries Marilynn sustained from the collision. Her UM policy would (“should”) kick in if the at-fault party was held fully responsible. Both insurance companies also knew that the UM policyholder (who carried $50,000) would have to first grant authorization for Marilynn to accept the liability policy money if she wanted access to her UM policy funds. Neither insurance company protected Marilynn.  Neither company wanted to pay her though she was entitled. Both tried to get out of the agreement by saying she signed the Release, thereby relieving both of any further payment responsibilities.

Reversing a signed agreement is challenging. But, when there is duress, fraud, or a lack of “meeting of the minds” by one party, the agreement is unfair and unjust. The Law Office of Salesia Smith-Gordon filed a lawsuit and successfully challenged both insurance companies to rescind the Release and pay Marilynn the total policy limits from the at-fault party and her UM policy.

No matter the industry (i.e., plumbing, electrical, legal, medical, etc.,) correcting a mistake can take tremendous time and extraordinary attention. We are pleased to have righted a wrong and fought for the justice Marilynn deserved. Lesson: contact a knowledgeable lawyer who cares before signing a release.